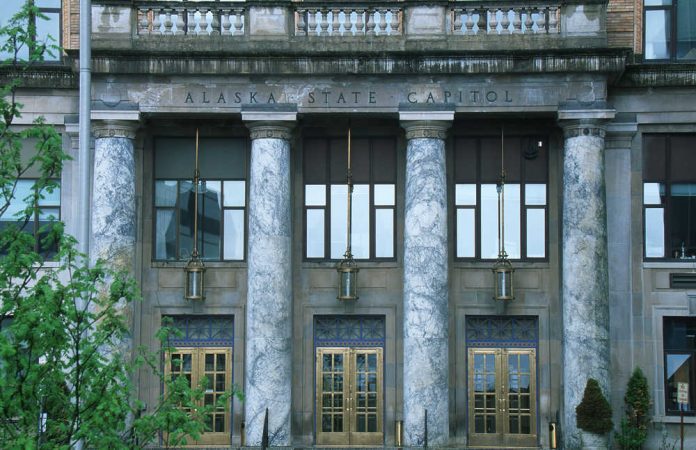 Since his first day in office, Joe Biden’s administration has aggressively dismantled American energy production and developed renewable resources. No state has been more adversely affected than Alaska.

Biden has overseen the cancellation of oil and gas leases in the Arctic National Wildlife Refuge (ANWR), the suspension of drilling research and development, and the blocking of logging in the state’s Tongass National Forest, to name a few of the administration’s actions.

Alaska’s Republican Governor Mike Dunleavy told The Federalist recently that “the phone line’s untouched,” in describing whether the administration has made any efforts to coordinate federal activities in his state. He has had no contact with Biden’s Secretary of the Interior, Deb Haaland.

Dunleavy said that the administration views Alaska as “their national park.” He described how the massive “Build Back Better” budget reconciliation bill that has just passed in the House would make restrictions on energy production in ANWR permanent.

Dunleavy was speaking while attending a meeting of the Republican Governors Association in Arizona. He said he wanted to use the conference as a starting point for building an alliance between Alaska and other states with sizable natural resources to fight against federal overreach in energy and resource production.

He said that states could work together to protect the interests they have in common, including resource development, environmental protection, and job creation. Dunleavy said that an initial strategy would include filing court cases as allied groups of plaintiff states.

Alaska has participated in at least two legal actions this productive year. One case led to a federal judge overturning Biden’s suspension of new oil and gas leases on federal land. Last week, the federal government suspended actions related to Biden’s ordered federal COVID-19 vaccine mandate for private employers after a federal court entered a restraining order against the administration.

Dunleavy said that at least until a Republican president is elected again, litigation is likely the only meaningful way for states to resist the federal government’s aggressive overreach as to individual states.

Even if Republicans retake Congress in next year’s midterm elections, the vast power that has been handed over to the executive branch through the decades will mean that states will need to work together to battle the centralized far-left decisions coming down from Washington.