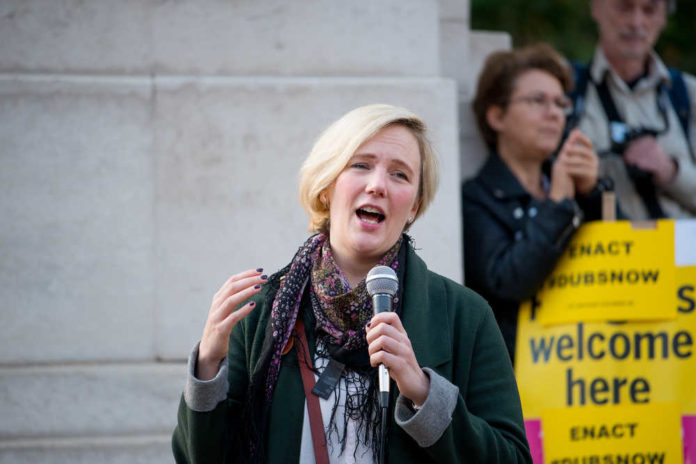 Liberal U.K. MP Stella Creasy railed against “Harry Potter” author J.K. Rowling for being wrong on transgenderism, and went on to claim that some women are born with penises.

Creasy pummels Rowling and others for not sharing her view that “a trans woman is an adult human female.” The MP says while the world-renowned author does not recognize self-identification, “I do.”

The champion of women’s rights still, as we’ve seen in the recent nomination process of a U.S. Supreme Court justice, has a problem defining what a woman is. Creasy wonders if she’s considered a true woman because she wears flat shoes.

This debate is spilling out of Parliament, where Deputy Labor leader Angela Rayner recently said it is “not acceptable” to question if a transgender person has a penis. As Reclaim Party leader Laurence Fox so succinctly proclaimed, “welcome to the madhouse.”

Both Conservative and Labor Party leaders have been questioned, and stumbled around in response, over what constitutes a woman.

Rowling recently stood up for an 18-year-old private school student who was run off campus. Her crime? Daring to question a guest speaker on trans issues. The student was physically surrounded by at least 60 of her peers and loudly berated for being on the “wrong side of history.”

Attorney General Suella Braverman, in sharp contrast with Creasy, calls Rowling a “heroine.” The Tory minister praises her campaign for saving female-only spaces for those who were born women.

Rowling drew criticism for, of all things, calling out the idiocy of Scottish police recording rapes using the rapist’s gender identity. In other words, people accused of such assaults are logged as women even as they have male genitalia and have not “legally” changed gender.

All the suspect has to do, literally, is insist they are a woman. And Rowling had the gall to point out this foolishness. Police in Scotland now say they are reviewing the policy. We sure are a long way from “Braveheart.”

MP Creasy is afflicted with the issue facing large numbers of people these days. That is an unwillingness to accept fundamental knowledge that biology has meaning, and saying one thing is another does not in any form make that thing the other. No matter how much it is wished to be.