Numerous busses arrived at the Washington, D.C, residence of Vice President Kamala Harris to drop off dozens of illegal aliens on Christmas Eve.

Texas Gov. Greg Abbott (R) and several other Republican governors have been transporting thousands of illegal aliens across the country to Democrat-run enclaves — including Chicago, New York City, Martha’s Vineyard and Washington, D.C. — in recent months in an effort to force leftists to face the consequences of the border crisis caused by President Joe Biden’s open border policies, which they support.

As the temperature dropped into the teens amid a severe winter storm that swept across most of the U.S., busses transporting approximately 50 illegal aliens were expected to arrive late Saturday evening in front of Harris’ residence at the U.S. Naval Observatory, a source told CNN.

Christian Flores, a reporter with local ABC affiliate 7News, observed what he said was the third and final bus of the night and said that it came from Texas.

#HappeningNow the second bus of migrants has arrived here in D.C. near VP Kamala Harris’ home. They are boarding another bus taking them to a church. Was just told by someone helping bring them to the church that this bus came from Texas: pic.twitter.com/Sp4upqz1yB

Video posted to Twitter from Flores showed the illegal aliens, including women and children, picking up their belongings to board another bus which he said was headed to a local church.

The third and final bus of migrants of the night of migrants buses up to D.C. from Texas arriving, with Migrant Solidarity Mutual Aid Network taking them to a church: pic.twitter.com/Y65B8RnilZ

According to CNN’s Noah Gray, Amy Fischer with the Migrant Solidarity Mutual Aid said that the illegal aliens sent by Abbott were originally headed to New York but “shifted to DC because of the weather.”

Amy Fischer with Migrant Solidarity Mutual Aid Network tells me the 3 busses of asylum seekers were sent by Texas @GovAbbott & originally headed for NY but “shifted to DC because of the weather,” busses picking up were from DC govt- the migrants were bussed to a DC church. https://t.co/j1y9PtSEy0

Gray also noted that the illegal aliens were being transported locally by the Migrant Solidarity Mutual Aid Network.

Abbott previously bussed a group of illegal aliens to Harris’ residence at the Naval Observatory in September. When he announced the move, the Texas governor noted that Harris was Biden’s pick to head up the administration’s efforts to tackle the border crisis — a job that critics argue she has failed to take seriously.

“The Biden-Harris Administration continues ignoring and denying the historic crisis at our southern border, which has endangered and overwhelmed Texas communities for almost two years,” the Republican governor said in a statement at the time. “Our supposed Border Czar, Vice President Kamala Harris, has yet to even visit the border to see firsthand the impact of the open border policies she has helped implement, even going so far as to claim the border is ‘secure.’ Texas will continue sending migrants to sanctuary cities like Washington, D.C. until President Biden and Border Czar Harris step up and do their jobs to secure the border.” 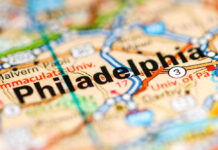