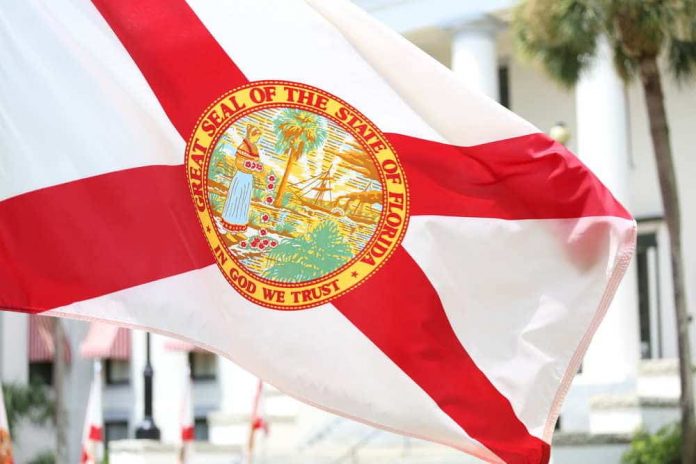 The Democrat Party continues to run with the narrative of climate change. Leftists declare time is running out, and Americans must take drastic actions for the sake of our planet and the environment.

Some of the measures Democrats want to entail Americans eating less meat, traveling less frequently, ceasing the use of cars powered by fuel, and more. This wacky plan on climate change explains why one of Biden’s first moves in office as president was to erode the 11,000 jobs generated by the Keystone Pipeline.

In doing this, Biden gutted our nation’s energy independence, wounded the economy, and made America less competitive on the world stage. Meanwhile, climate change activists and communist environmentalists cheered it on.

However, Florida GOP Congressman Byron Donalds has had enough of this leftist lunacy. It is why Donalds recently called out the Democrats during a congressional gathering, as The Next News Network documents.

Donalds rightfully branded radical climate change activists as individuals who have too much time on their hands and therefore resort to being keyboard warriors.

Another critical part of the Florida congressman’s speech arrived when he spoke about energy production in the United States. Donalds questioned how Democrats expect the United States to compete with China on the world stage when China’s boosting its emissions, along with burning more oil and coal.

Donalds also warned that while Biden and his leftist administration waste time on their climate change agenda, China’s planning to beef up its economy on a globally competitive level. The same also applies as China works to gain an edge on the U.S. military and other militaries worldwide.

The Florida Republican also warned that congressional attacks on oil and gas companies are dangerous. After noting the enormous contributions oil and gas bring to the American people’s lives, Donalds reiterated that China is working day and night to outpace the United States across the board.

Every single word Donalds spoke during this congressional hearing rings true and should be remembered. It’s something climate change activists need to hear and let soak into their brains.

With the present White House administration, the United States needs more congressional members like Byron Donalds. It’s time to get honest about the problems America is facing on both national and global levels.