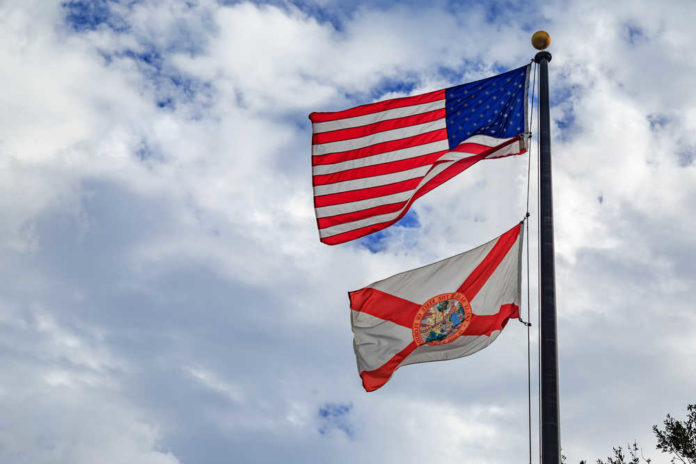 Over the past few years, Governor Ron DeSantis (R-FL) has become a household name. The Florida governor managed to make a name for himself by standing up against medical authoritarianism pushed by the left under false pretenses of stopping COVID.

Not only has DeSantis consistently stood up against this, but Florida is also thriving as a result. To this very day, thousands of folks are relocating to the state. Meanwhile, Florida’s economic growth has been a major boost for the nation overall.

Even Democrats like Rep. Alexandria Ocasio-Cortez (D-NY), who claims to hate Florida’s leadership and policies, take time to vacation in the state.

Now, The Blaze confirms that DeSantis has raised a historic level of funds for his re-election campaign as governor of Florida.

An Unstoppable Force in Politics?

Thus far, Governor DeSantis has managed to rake in over $100 million for his re-election campaign.

This is far more money than either he or his Democratic opponent, Andrew Gillum, raised combined during Florida’s 2018 governor’s race. $100 million is also a higher lump sum than any gubernatorial candidate has ever raised.

With DeSantis being up for re-election, there are naturally multiple Democrats eager to run against him. However, none of these left-wing opponents have raised even one-tenth of DeSantis’ campaign stash.

It’s also worth noting that a substantial amount of the $100 million in donations comes from grassroots, everyday Americans who appreciate what DeSantis is doing for Florida and the nation at large.

Not only does DeSantis have a record number of funds raised under his belt, but he’s also been widely called upon to make a run for president one day.

Finally, thanks to the Florida governor’s leadership, Republican voters in the state now have more than a 100,000 lead over Democrats when it comes to the number of registered voters.

The governor of Florida has not just campaign donations and voter registration numbers on his side, but also poll numbers.

Not a single Democrat looking to unseat DeSantis in November comes close to leading him in the polls. In fact, the Florida governor enjoys comfortable leads over all Democrats in the race who want to take the state’s governor’s mansion.

Based on everything coming out of Florida, the writing on the wall couldn’t be any clearer than it is today. Floridians like DeSantis; they like his leadership, policies, and style of governing.

Finally, all signs indicate that DeSantis be handily re-elected in November for another term as governor of Florida.