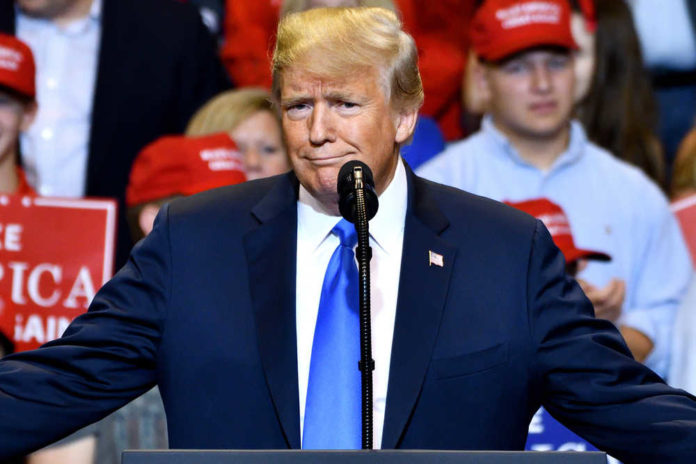 The subpoena issued to President Trump by the Jan. 6 committee, based on the timing of the subpoena among other things, was more likely a political stunt leading up to the midterms than a real attempt to have Trump testify.

The January 6 committee waited a year to subpoena Trump. Waited until weeks before voters, by giving GOP control of House, are likely to put an end to the committee. Now, they haven't even formally issued the subpoena. Not a serious effort. https://t.co/IQrCft61dZ pic.twitter.com/M1V69UKLjJ

The committee voted unanimously to subpoena Trump on October 14 but Trump was not given the subpoena until October 21. ABC News reported at the time, “The Jan. 6 committee investigating the attack on the U.S. Capitol has yet to formally subpoena former President Donald Trump, in part because investigators are still trying to find someone authorized to accept service of it, sources familiar with the matter tell ABC News.”

What that means is that after months and months of hearings, meetings, and testimonies, when the committee finally dropped their final bomb, a subpoena of a former president, they were not even organized enough to know who to give it to.

Throughout the hearings, the committee could have asked Trump to give his testimony at any point and had a much better chance to force him to speak. As it stands now, the subpoena is looking more and more like a political stunt aimed at President Trump and Republicans.

As the Washington Examiner points out, “Another factor at play is a possible looming Republican takeover of the House after the midterm elections. Republicans have signaled they plan to scrap the committee or alter its composition drastically.”

Had the committee wanted Trump to testify, they would have subpoenaed him early on knowing that the midterms could destroy any chance they would have later. They did not.

What seems most likely is what Breitbart reported: “the committee voted unanimously to subpoena Trump, after failing — despite weeks of hearings, months of closed-door depositions, and testimony from over 1,000 witnesses — to produce any evidence linking him directly to the Capitol riot.”