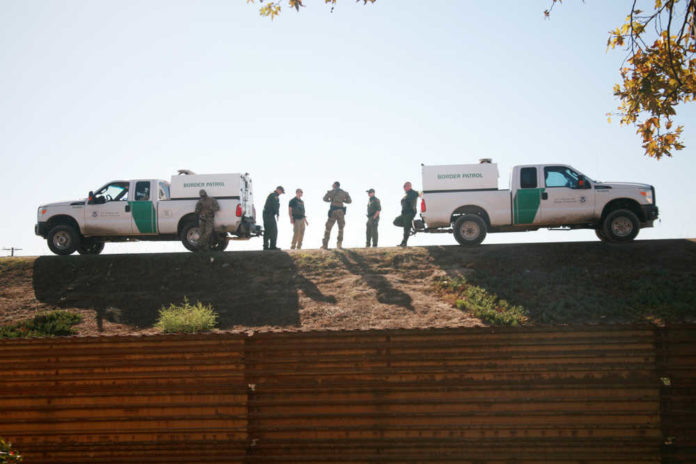 Years ago, when former President Trump announced that a border wall was necessary to cut back on illegal immigration in the United States, Democrats went nuts. They denounced Trump as racist, bigoted, xenophobic, and the work.

Then, when Trump moved to get his border wall built, Democrats fought him at every single turn. They claimed time and time again that a wall wouldn’t work and would serve as nothing more than a waste of time, resources, money, and labor.

In light of how strongly Democrats have opposed a wall along the southern border, it might be assumed that they aren’t advocating for walls anywhere else. Of course, this isn’t the case.

Despite being utterly against a wall on the southern border, Democrats are now very supportive of building a wall around the United States Capitol, as The Federalist confirms.

During the period leading up to Biden’s Tuesday State of the Union Address, word spread of an American trucker convoy making its way to Washington DC. It led groups like the Capitol Police and Secret Service to announce that a physical barrier would be set up for protective purposes.

Now, if Democrats were logically consistent in their opposition against border walls, they would be loudly denouncing a physical barrier being put up around the US Capitol. However, this is the precise polar opposite of leftist reactions.

Democrats are cheering on the construction of a wall around Capitol Hill. According to Democrats, this will prevent another “insurrection” and maintain safety when necessary.

For many non-leftists across the United States, it’s been fascinating to watch Democrats strongly support a border wall around Capitol Hill yet fiercely oppose a border wall at the southern border.

As unfortunate as this is, Democrats have proven the only standards they have today are double standards. It goes far beyond their position on having a wall along the southern border vs. having a wall around Capitol Hill.

Democrat leaders have been the strongest advocates of mandatory COVID restrictions. However, these same Democrats are also not adhering to these restrictions yet backing extreme punishments for everyday Americans who don’t adhere.

Of course, America is now watching Democrats throw away COVID restrictions as the midterm elections get closer and closer. The double standards and poor judgment calls shown by Democrats are precisely why they’re going to lose the midterms eight months from now.