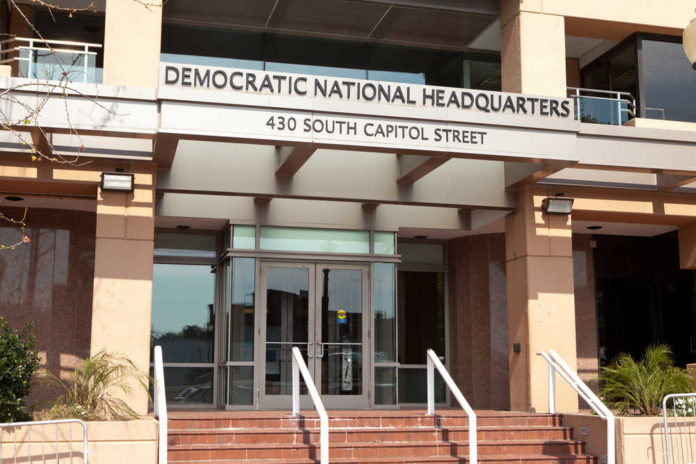 The Democrat Party is beginning to face the consequences of embracing radicalism over moderatism. What’s most ironic is they ran Biden as a moderate Democrat in 2020. Yet, since Biden’s gotten into office, the extreme shift of turn he’s taken in the realm of policy has royally backfired.

Biden, in the polls, is barely treading water, coming in with just a 33% approval rating. Meanwhile, scores of Democrats across the nation are conveniently finding ways to put some distance between themselves and the president of their party.

At the same time, Democrats are on track to losing the November midterms. However, new information from National Review shines a light on just how diseased the Democrat Party of today has become.

Things are not going so well for Jaime Harrison, the chairman of the Democratic National Committee. Situations for the DNC chair are so dire that he’s thinking about resigning from his post ahead of the impactful midterms later this year.

Some of the most significant issues that Harrison faces involve conflict with the Biden White House. Biden aides would like the DNC chair to take a more public role in boosting the party ahead of the midterms. However, Harrison spends more time at his residence in South Carolina.

The DNC chair has also reportedly raised issues with being eliminated from briefings or assignments that generally demand an active presence for someone in his position. Somewhere along the line, there appears to be some disconnect between the DNC chair and the expectations that various leaders within the Democrat Party have of him.

The White House can’t even get along with the chairman representing their party. Meanwhile, Democrat lawmakers are viciously attacking the moderates in their party (Joe Manchin and Kyrsten Sinema) who have issues with excessive federal spending and ripping down the filibuster.

At this point, Democrats have begun eating their own. Their inability to get along with one another or join forces even when it counts the most says it all. Democrats don’t need to be in charge of anything.

Americans indeed shouldn’t be forced to contend with their failures as leaders.