The results of the 2020 census are in, and they are bringing about an electoral shake-up. Red states are going to gain more seats in the U.S. House of Representatives — and more representation in the Electoral College — while blue states will lose seats and Electoral College votes. This likely bodes well for the GOP in the 2022 midterms and perhaps even for the 2024 presidential election.

Texas will receive two new House seats and Florida will receive one, boosting Republican chances to take back the House majority after four years in the minority. Montana and North Carolina, two other red states that went for Donald Trump in the 2020 election, will also pick up one House seat each, according to the Census Bureau’s tally. Ohio and West Virginia, two other states that went for Trump, will lose one House seat. 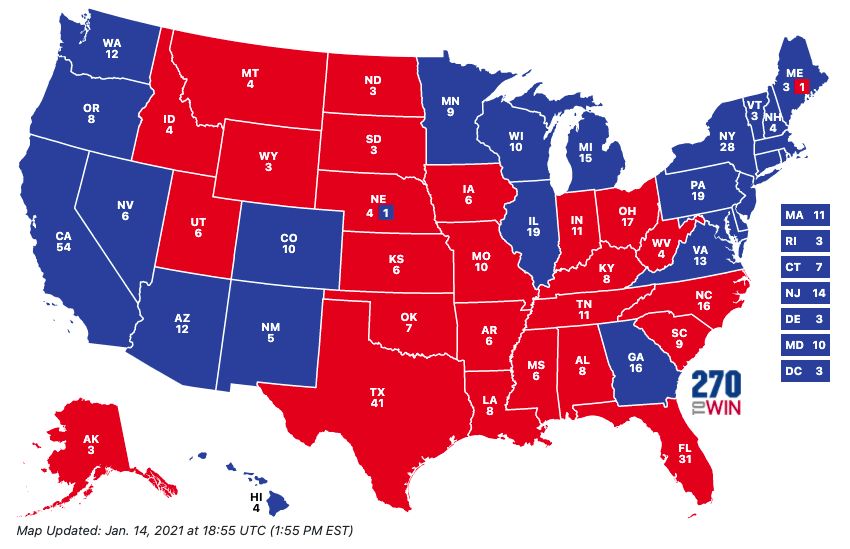 State legislatures draw the new districts, so the GOP legislative control in Texas, Florida, North Carolina, and Montana will likely translate into a Republican bump. Republicans will also manage the fallout from a loss of seats in Michigan, Ohio, Pennsylvania, and West Virginia. (While Michigan and Pennsylvania elected Biden and Democratic governors, Republicans dominate their legislatures.)

Democrats control the legislatures in Colorado and Oregon, and they will be able to manage the fallout from a loss of seats in California, Illinois, and New York.

Due to gerrymandering, Republicans may gain far more than three net seats due to the 2020 census. Yet extreme partisan gerrymandering can ultimately backfire.