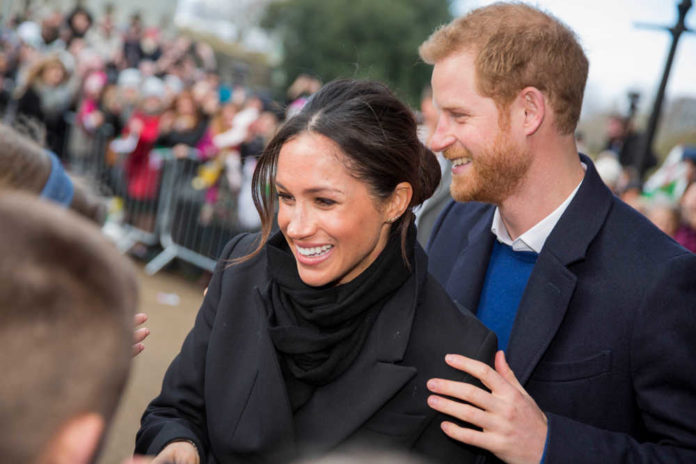 Prince Harry and Meghan Markle received a decidedly mixed greeting as the wayward royals made their first joint appearance at a royal event since fleeing the U.K. It was Queen Elizabeth II’s Service of Thanksgiving, part of her Platinum Jubilee celebration of 70 years on the British throne.

After the service at St. Paul’s cathedral where they sat apart from Prince William, Kate, Prince Charles and Camilla, they encountered the British public. A mix of boos and cheers greeted the couple as they walked by.

The crowd’s response morphed into loud cheering when Prince William and Kate reached the top of the stairs.

The Duke and Duchess of Sussex are a controversial couple after their scramble away from royal life just prior to the COVID-19 pandemic. Many royal watchers feel they snubbed Queen Elizabeth II on their way first to Canada and then California.

Some of the couple’s defenders insisted the boos were targeted at Prime Minister Boris Johnson, who arrived at St. Paul’s at nearly the same time.

Either way, even royals are subject to opinion polls, and the numbers for Prince Harry and Meghan are not positive. Her approval rating with the British public sits at 42% while his is a paltry 26%. Queen Elizabeth II, by contrast, scores 69% positive.

Part of the intrigue of the public event was the seating, especially the possibility of having the feuding William and Harry in close proximity. But that did not happen, and the couples had little opportunity to mingle or be photographed together.

The precautions were largely overlooked at a March 2020 event at Westminster Abbey. The brothers were clearly agitated by each other’s presence, and the recently departed Prince Harry and Meghan Markle were under instructions to keep a low profile.

Besides the Sussexes, the event was almost more noteworthy for who did not attend. For example, Queen Elizabeth II, the honoree. The 96-year-old monarch backed out just before due to mobility issues.

And the disgraced Prince Andrew contracted a convenient case of COVID-19. This kept him away from the derision he would no doubt face from the public and even family members. For at least some royal watchers, that’s the path the prodigal son and his spouse should’ve taken.