Joe Biden’s Treasury Secretary Janet Yellen appeared on CBS’s “Face the Nation” on Sunday and told host Margaret Brennan that the reason the country is facing record levels of price inflation is the COVID-19 pandemic. Yellen added that the way for Americans to end inflation concerns is to “make progress” on the pandemic.

When asked if she is confident that consumer prices will return to normal within a year, Yellen said that it “really depends on the pandemic.” Yellen declared that Americans have been unable to spend money on eating out, traveling, and other services instead of staying at home to work and eat. She said that although supply had increased “globally,” demand has grown even faster.

She predicted that if the country is “successful” in fighting the pandemic, prices will return to normal sometime in the second half of 2022.

Brian Deese, director of the National Economic Council, also said Sunday that he and Biden were correct when they previously called inflation merely a “short-term issue” caused by COVID-19. He told Jake Tapper on CNN that he thinks what he and the administration have “said consistently” is that the economy is “interlinked” with the pandemic. He went on to say that the Delta variant of the coronavirus is harming the economy.

The White House is also blaming the pandemic for Biden’s flagging public approval ratings. Press Secretary Jen Psaki said Monday that the president’s approval is suffering more because of the virus than his economic policies. She noted that “poll after poll” showed that the “fatigue from COVID” harmed Biden’s approval. 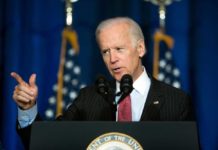